Let us consider electricity as water flowing in a hose.

The pressure of the water can be said as – Voltage(V)

Size of the hose can be said as – Ampere(A)

Impurities stuck in the hose, which distracts the flow of water can be said as – Resistance A charge is a fundamental property of subatomic particles, which experiences a force when placed in an electric field or a magnetic.

It is defined as the work done in carrying a unit charge from one point to another between the two points of an electric circuit. 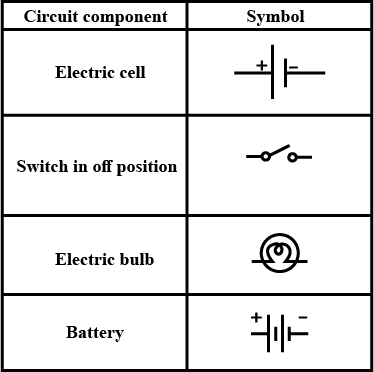 The law states that the electric current flowing through a conductor is directly proportional to the potential difference across its terminal.

Let us take three resistance R1, R2 and R3 that are connected in series in a circuit. 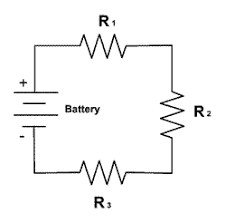 The current (I) flowing through the resistance in series will remain the same, whereas the potential difference (V) across each resistor will differ.

Hence, we conclude that the effective Resistance of the several resistors joined in series is equal to the sum of their individual resistances.

The disadvantage of series connection in on electric circuit:–

Let us take three resistors R1, R2 and R3, that are connected in parallel in the electric circuit.

Hence, we conclude that the reciprocal of the total effective resistance of the several resistors connected in parallel is equal to the sum of the reciprocals of the individual resistances.

To overcome this problem with the series connection we generally use the parallel circuits in day to day usage.

In the case of electricity, it is defined as the rate of change in electrical energy consumed in an electric circuit.

1 Watt- Defined as the power consumed by an appliance, when 1A of current passes through it at the potential difference of 1V.